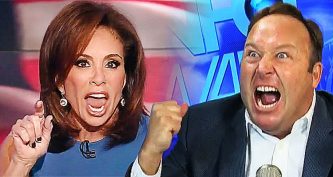 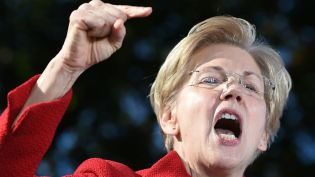 “…you will never right the wrongs of this world. The only thing your activity will accomplish is to make some of you feel better. Such activity makes powerless people feel useful, and provides them the illusion that they’re making a difference. But it doesn’t work. Nothing changes….” George Carlin

That’s very true. Nothing has changed in this town called America since World War II despite sanctions, threats, wars, embargoes, negotiations, bickering, investigations, or regime changes. The status quo remains and we return to the same place where we started from.

Take North Korea for instance. I have been keenly watching US-North Korea relationship since 1985.  North Korea has been developing nuclear weapons and missiles all those years. The United States has pursued a variety of policy responses to the proliferation challenge posed by North Korea including war threats, sanctions and negotiations. Nothing changed.

Iran has been a thorn by USA’s side for the last 40 years (since 1979). USA  threatened Iran, sent warships, placed sanctions against them. They are still bickering. The former keeps on testing missiles and enriching plutonium. Nothing changed.

China keeps on challenging USA militarily and economically. USA has been warning China; putting tariff on their exports and has been sending warships into the China Sea. China keeps increasing its influence in Asia. They are about to match USA in arms and in space capabilities. They may overtake USA as the biggest economic power in the coming decade. Nothing changed except the rise of China.

Both Russia (then the USSR) and USA fought wars against Afghanistan. USA is in the fourteenth year of war against the Taliban. They have bombed them, threatened them and have spent trillions of dollars in that god forsaken country. Taliban is still alive. USA soldiers are still being slaughtered there. Nothing changed.

USA toppled Saddam Hussain in 2003 on the false pretense of Weapons of Mass Destruction (WMD). After spending trillions of dollars there and rebuilding Iraq while neglecting our own country, the killing is still going on in Iraq involving the Kurds, the Sunnis and Shias. Other than spending trillions of dollars we lost thousands of young lives and crippled our youth mentally and physically. Despite all that nothing changed.

We have been trying to change regimes in Cuba and Venezuela for decades. All we got in return is defeat in Bay of Pigs and recent embarrassment in Venezuela. Nothing changed.

Back home, our elected members have been fighting each other in the name of health insurance reform, immigration policy, education reform, infrastructure improvement, and ways to save school children from random shooting. Nothing happens. Nothing changed.

All we do is get excited and increase our blood pressure watching and listening to the rhetoric of our politician and media gurus. We believe in what they say and quarrel about whether to praise Trump or burry him. In the meantime nothing changes. If we want real change, we should get the rascals out from Washington. Get rid of partisanship. Write to your Senators and Congressman to do real job for which you elected them. Be an independent thinker. May be that will bring the real change. Are you listening?